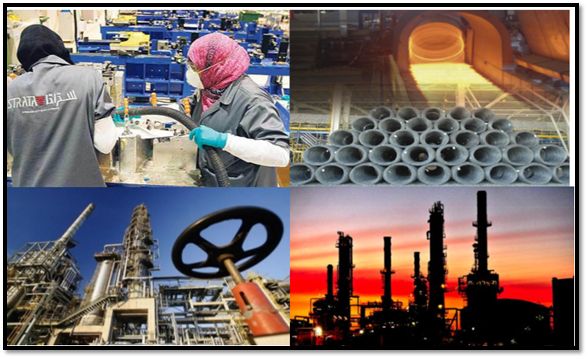 Manufacturing sector in the UAE: What it has for the Job Seekers?

The United Arab Emirates has been a destination providing employment options to a professional with the desired skill set, irrespective of his nationality. With plentiful opportunities in every sector, be it construction, finance, or manufacturing, the Emirati economy is beginning to touch the new heights of global development.

According to Gulf News, the non-oil sectors will serve as a key factor in defining the future economic growth across the seven emirates in the region. This growth will be driven primarily by the private firms in the Real estate, construction and manufacturing sector.

Manufacturing Sector Scenario in the UAE

Defined by Wikipedia as the production of merchandise used for labor machines and tools, manufacturing is the process of transforming raw materials into finished goods, which can be sold to the consumers on a large scale. This sector takes the output from the primary sectors and manufactures products based on consumer requirement.

The sector was expected to witness a moderate growth during 2012. The Emirate government during the same year planned to increase the GDP contribution of the industrial sector from 14% to 25% by 2027.

The UAE’s non-oil sectors have been outperforming the oil sector with manufacturing & production being one of the prime industries driving the growth. Dubai’s strategic location in the region makes the emirate a pivotal hub for production in the country. The UAE has proved to be a major supplier of mechanical goods and equipments to the neighboring countries in Africa and Indian subcontinent, owing to the deficit of manufacturing capacity in these countries.

The steel industry in Jebel Ali free Zone, Jafza has witnessed a growth of over 20% during 2013, which is more than the industry growth in the UAE during 2013. The steel manufacturers and traders in the sector expect the momentum to pick-up further by the end of 2014 fiscal year. Jafza- based company Conares Steel, one of the largest steel manufacturers in the country, saw a growth of 40% in 2013 and expects similar growth during the current year.

Dubai investment Park, has been playing a crucial role in the development of manufacturing and production sector in the UAE. According to sources, the emirate has attracted more than 3,500 companies over a wide array of sub-sectors since the last 17 years.

Emirates Aluminum (“EMAL”)- a green-field smelter complex at Al Taweelah in Abu Dhabi supplied an astounding total of 800,00 metric tons of high-quality metals during 2012. By the end of 2014 the planned increase is set to reach 1.3 million metric tons, making it the largest single site producer for Aluminum on the globe.

In the last 10 years, the UAE cement industry has also seen proliferated growth with 22 cement production facilities in the country, including two 10,000 tpd lines, at Union Cement Company and Arkan.

Gulf News suggests that there will be an annual growth rate of 22%  in the manufacturing and production sector employment rates all across the UAE between the period June 2013 and 2014.

Some of the prominent job profiles that the UAE manufacturing industry offers can be sought below.

By now you must have realized that manufacturing sector stands as one of the most outgrowing sectors in the Emirati economy. Jobs in the manufacturing industry are plentiful. It all comes down to grabbing the right opportunity suiting your skill set.

2 thoughts on “Jobs in Manufacturing Sector in UAE”