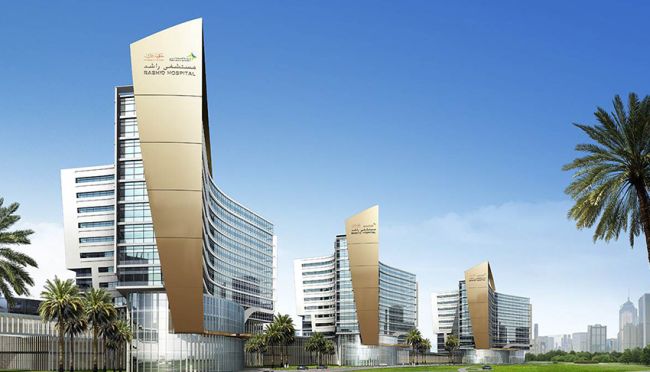 While the global scenario might be going berserk with oil prices slumping down in the UAE, but the country itself seems the least affected in spite of such a grave phenomenon. A multitude of sectors on the economic front seem to be growing in leaps and bounds, with the prospects for the future being bright as well. This is a sheer result of the country shifting to its non-oil reliant strategies and inviting investments from a zillion global investors.

One such sphere to consider is the healthcare sector. Right from having increased the number of healthcare facilities, the country has ranked itself among the top twenty nations spending the most on the sector. While aspects to consider are numerous to enlist, the following section will definitely help you gain a clearer insight about the issue.

You might be working day in and day out to score the best job, but have you even tried the sector that holds the highest amount of employment prospects at present?

Yes, it’s the vault of healthcare you need to unlock. In spite of oil prices witnessing an all-time low since January, the sector seems to absorb more professionals and provide a plethora of career opportunities to the talented. Right from the best-in line pay packages, to the numerous perks with jobs, there’s everything you can desire that healthcare holds, of late.

However, to your astonishment, it’s not only the ones with a medical degree that the sector is looking for. What it demands at present are specialists and supporting staff. Professionals like marketing specialists, accountants, receptionists and communication personnel are in high demand within the industry. Job postings for similar profiles have gone up by 11%, since April 2015 itself. Another thing to notice is that, with an increase in online hiring for the aforementioned profiles, there has been a corresponding dip in the need for healthcare specialists.

Why Such An Increase In Healthcare Jobs?

The figures have risen up by nearly 21% since 2014. Huge Emirati corporations like the Arabian Healthcare Group and VPS Healthcare Group have stated an opening for over 3,500 job profiles, hence giving talented professionals from all across the globe a chance to try their hands at learning and working within one of the most efficient healthcare sectors on the planet.

This steep ascent in online hiring would’ve surely boggled your mind, but the reasons for the same are quite obvious. The number of positive developments witnessed in the UAE healthcare have majorly pushed for a need for more skilled personnel. Plus, with the upcoming launch of unified national health base, the demand for talented professionals has further increased. Owing to the same, UAE will become the first country in the region to have a unified national health database. This has led a need of talented workers majorly from the IT domain, to suffice the needs of the huge sample space of population in this exotic Arab land holds.

What Has It Got For The Expats?

Being quite prominent as a regional hub for multinationals providing services and products pertaining to medical devices, the country ranks 4th amongst the top 40 medical device markets on the globe. This surely vouches for the immense investments made in the infrastructure by the Emirati regime, and various global investors as well.

This has led to a considerable increase in the medical facilities and hospitals across all seven emirates, leading to a surge in the number of employment opportunities for the expats, who make up for nearly 84% of the population ageing within the confines of the UAE. Be it medical professionals or support staff, there’s a dire need for skilled personnel who can keep up with the work efficacy in the UAE healthcare. For instance, Cleveland Clinic in Abu Dhabi got established in March and was fully-functional by May end, with all of its workforce hired in a bulk. Seriously, that’s how lucrative this industry can get!

It might have been an overlooked option, but it can’t be anymore. With the massive growth this economic front is witnessing and the chances to push your career towards greater results it holds, hunting for employment in this industry is a thing that goes without saying.

Read more about how to get healthcare jobs in UAE.

1 thought on “UAE Healthcare Industry on a Hiring Spree”